The colour map of Dublin made its public debut at the opening of Colasite Dhulaigh College’s end of year show, at the civic offices in Dublin on the 28th May. After this exhibition the piece will find it’s new permanent home in the corridors of the college. Excellent night had by all, and the work was great too!” 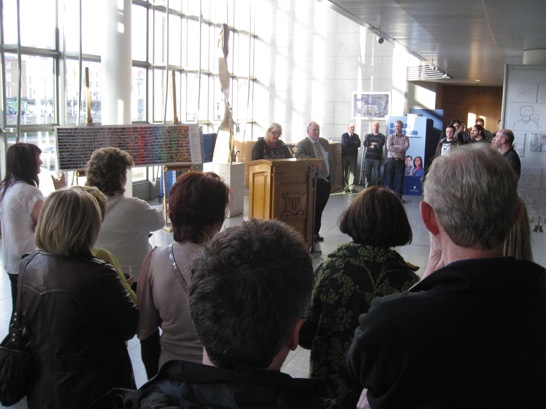 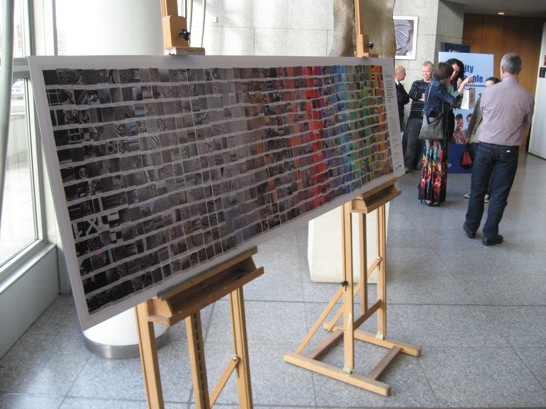 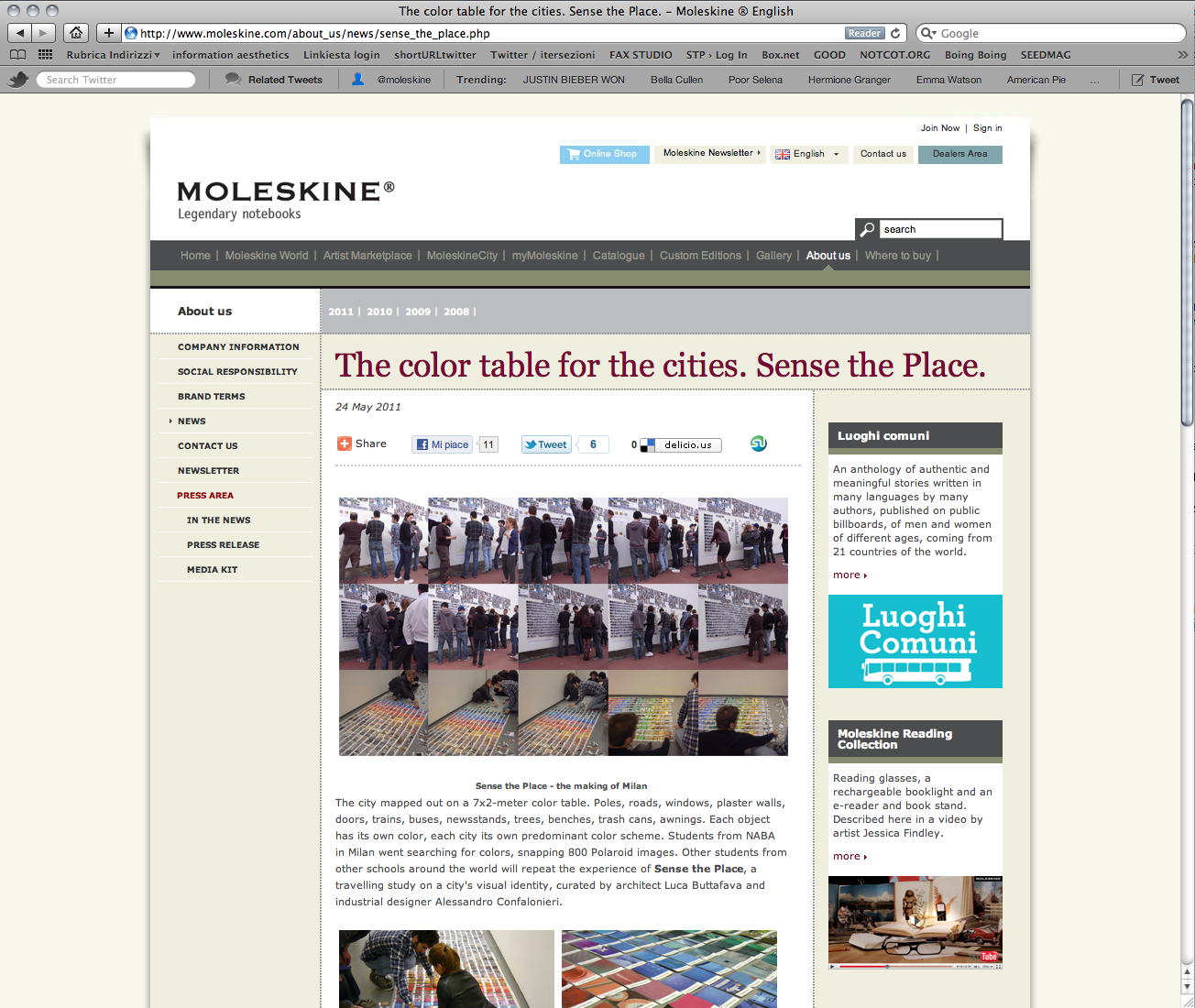 Sense The Place Dublin was completed by the 2nd year students on the Graphic Design course in Colaiste Dhulaigh College in Dublin.

Graphic Design tends to fall into two categories: 1] a renewal of something (up dating of a logo, brand etc.) or 2] creating something totally new. This project definitely fell into the latter category.

Students were used to receiving briefs that stated clearly what they had to produce in the end. So naturally some struggled initially with the idea of ‘a process’ of producing a colour map that would represent or reflect an interpretation of a city. They were more familiar with producing ‘a result’.

The idea of trying to understand an area of space in a different way presented its own problems. “What was that way? and how do we find it?” Once the method of using a visual language was understood (having studied the colour map of Milan and how it was achieved) we had some traction.

Completing this as a group project raised some interesting learning tensions.

Who would do what? Was the workload fair? How would it be graded? Initially everyone received their part to photographically record and process, all with a view to the final piece. ‘Stage one’ was about individuals working alone and collecting photographic data. The workshop became ‘stage two’ and resulted in a very successful collaboration (almost in a production line format) of just over 20 students bringing their individual data together to contribute to the finished piece. Individual strengths & weaknesses (mine included) were balanced out during quite a long but ultimately very rewarding workshop.

While from an educational point of view, this project supported Paolo Friere’s argument that education should not only be liberating but also a two way street. The fact that learners are engaged in problem solving creates an environment where many different approaches become possible answers. With different learners these approaches to problem solving will naturally be different, and so the teacher might arrive at a solution from different directions with different classes. In doing so the educator receives an education from his students, which in turn equips him with new understandings to enable other learners in the future.

The educator is both ‘facilitating’ his/her students and ‘being educated’ by them at the same time. This acknowledgement is very important – it changes the learner’s perception of both themselves and the teacher and enables the liberation Friere spoke of.

This project not only represented a multi layered interpretation of Dublin city, it also demonstrated a type of educational praxis that is a move away from the domestication of the learner (made passive like a pet). It is a move towards the liberation of an arts based education and the people receiving it, engaging with education and knowledge as processes of inquiry.

“Finally – we have Sense The Place Dublin finished. It took a while for all the elements to fall into place, but the end result looks great! Here are some images of the workshop to assemble it,  which took place on the 9/12/10. More images on the story of the day to follow.

A huge thanks to all the students from the 2nd year of Graphic Design in Colaiste Dhulaigh College in Dublin. They have been busily working on this for 2 months now and the workshop to put it all together was definitely a highlight. What started as an abstract idea became a tangible visual reality. Most impressive.” 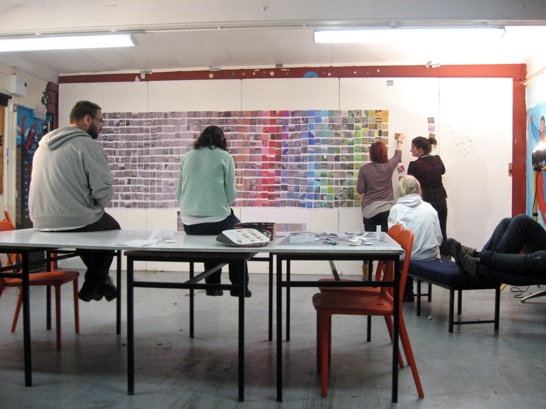 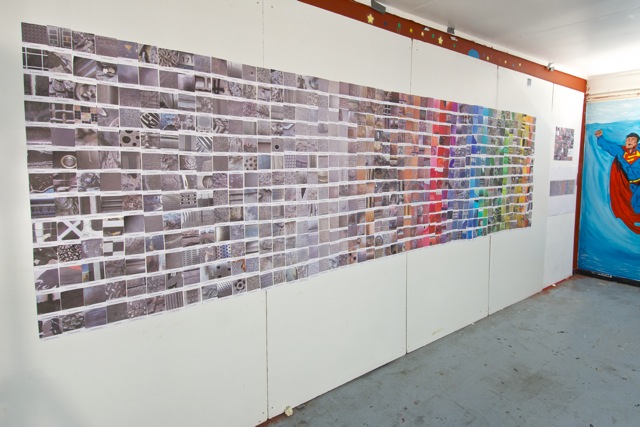 “Sense the Place” Dublin started. Here few picts of macro. Soon we are going to see the color map of Dublin.